Puck Drop 2 will bring an update to the coaching staff! Read on to learn more.

This mindset along with the current game score and time left determines how much the coach affects the team in either offense or defense. So for example, more offensive-minded coaches may adjust their team’s play to a riskier offensive style even when the score is tied early in the game. 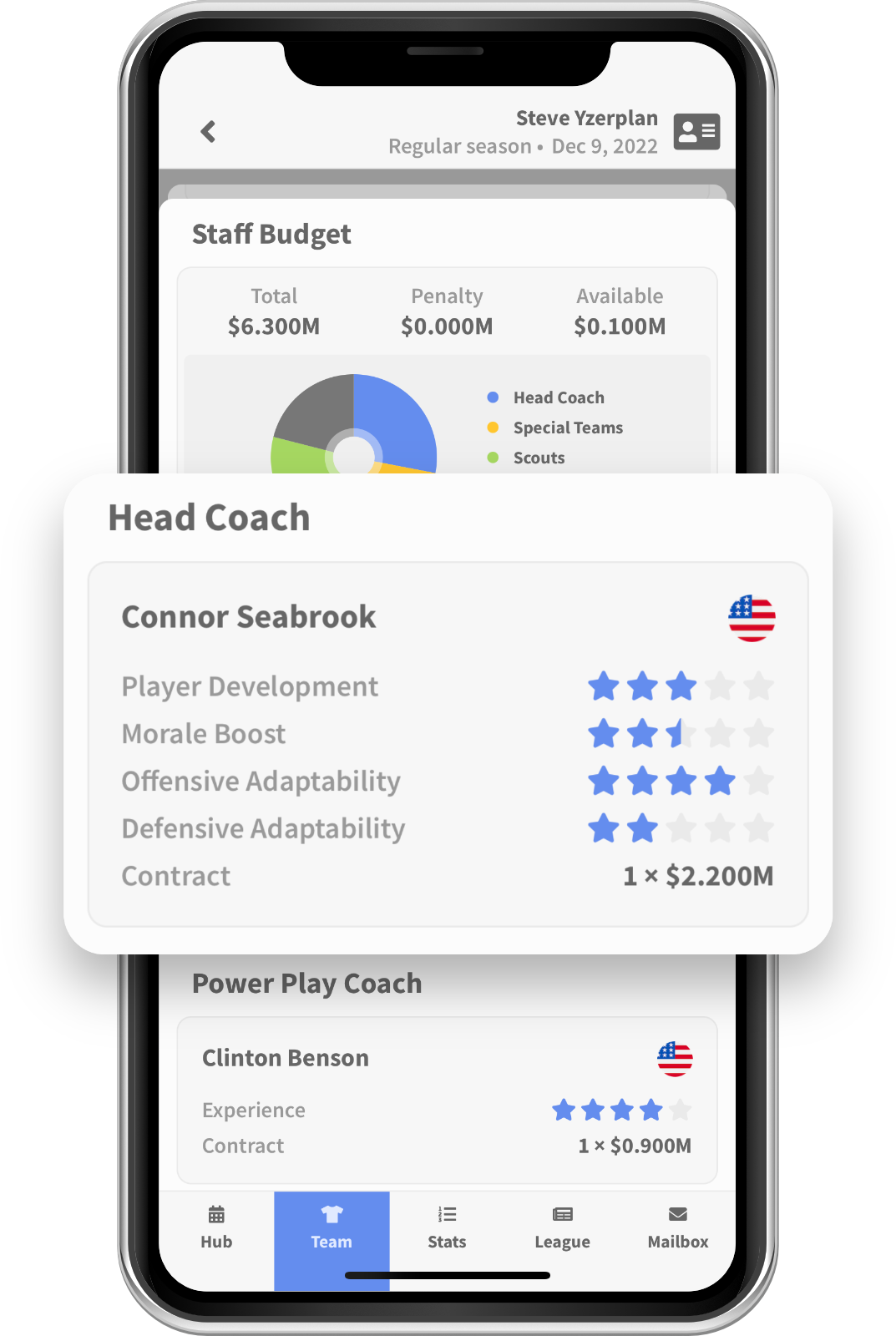 With multi-day simulation, the coach makes the decisions about the team’s style by himself. When you simulate a game in the live game screen, you can adjust the style manually as you see fit, although only as much as your coach’s rating allows! The better the coach, the more effect they can have on the team.

However, it is a double-edge sword, so for example making your team more aggressive on the offense will make your defensive side a little more vulnerable, and vice versa. Therefore it is up to you to decide whether your team is in a need of an offensive or defensive boost in a given game and time.

Ever wondered why your team’s power play or penalty killing sucks? Well, in Puck Drop 2 you will have someone to blame as special teams coaches enter the scene! A good special team coach will provide a boost to your team’s success, while a less experienced one will have the opposite effect. It is definitely a good idea to allocate a decent chunk of your staff budget to these two coaches! 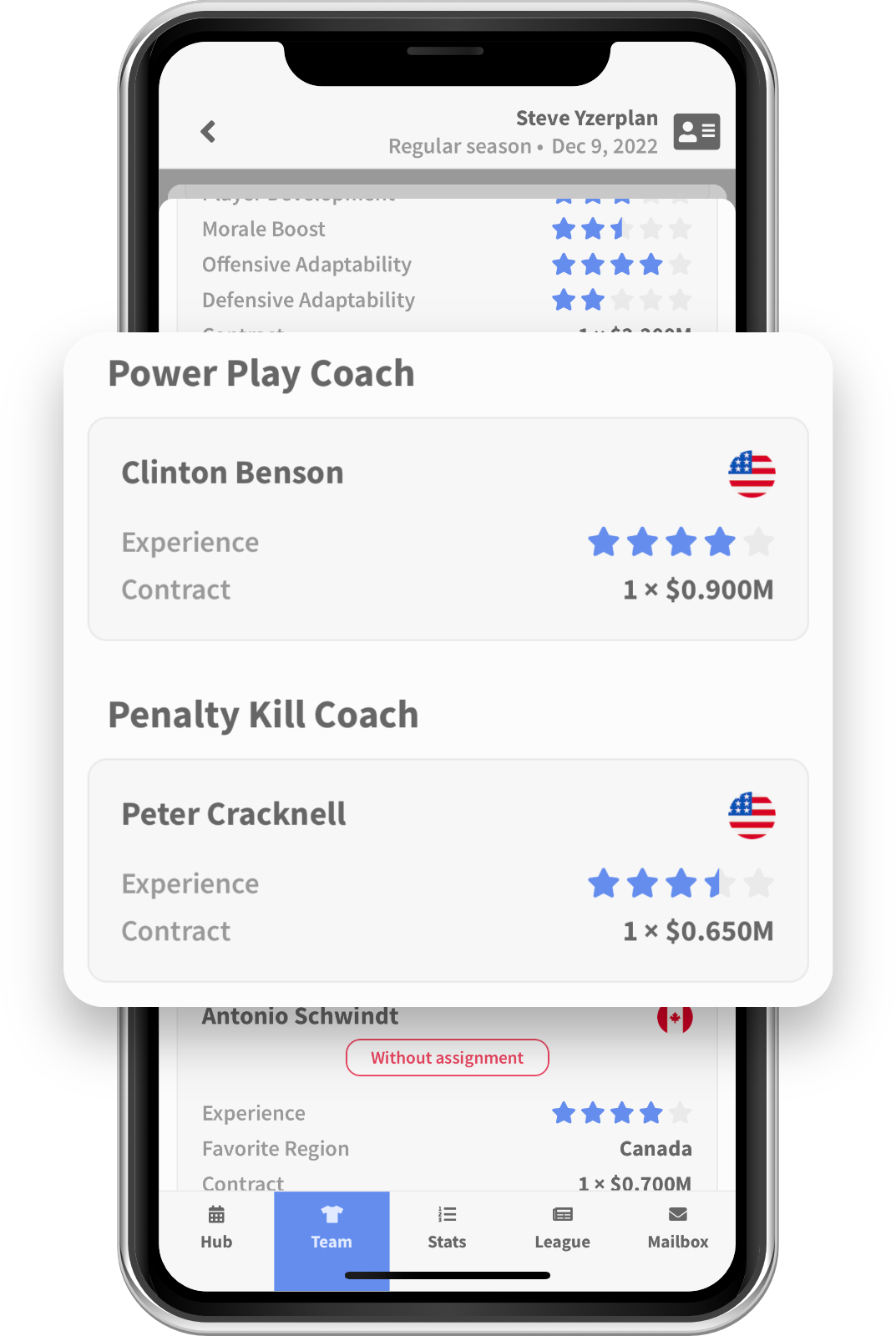 There are quite a few more changes to how you can tweak your team’s individual units play style, but I will leave that for another post. Stay tuned! 😎