Each franchise is allowed to have 50 active contracts at any time. Almost every player with an active contract counts towards this limit (see goalies special case below), regardless of player’s age, number of games played or contract’s type (1-way, 2-way, entry-level).

Goalies are a special case when it comes to contracts limit. Maximum of four goalkeeper contracts count towards the limit, regardless of how many goalies are signed. This is to allow for extra goalies on the minor team to serve as a backup in case of multiple injuries to regular goalies. All goalkeeper contracts are part of the team’s salary cap hit however.

If a player is 24 years of age or younger at the time when they are offered their first contract, the contract is allowed to be entry-level contract only. This contract is limited in maximum salary of $1.0 million and number of years it can be signed for which depends on the player’s age at the time the offer is made:

The league’s salary cap is set to $84.0 millions. Since Puck Drop does not support salary retention at the moment, the cap has been increased from the current NHL cap of $81.5 million to accommodate teams that rely on salary retention to fit under the cap.

Team’s cap hit is the sum of salaries of all players who have an active contract with the team. When a player is assigned to the major team, their entire salary counts towards the cap. When a player is assigned to the minors, a fixed value of $1.050 million is subtracted from the player’s salary and the resulting amount (if positive) counts towards the cap.

Currently there are no signing or performance bonuses, variable salaries per season or pro-rated cap hits. Player’s cap hit is simply their contract salary.

When a team makes an offer to other team’s RFA, they create an offer sheet the player can sign or decline. If signed, the player’s previous team has 7 days to decide between one of the following options:

Once a player signs an offer sheet and it is pending resolution, the player cannot receive any new offers from any team.

A player will become an RFA on July 1 if they are without an active contract and meets the following conditions:

Status of your team players is displayed in the contracts summary screen as well as the postseason overview. 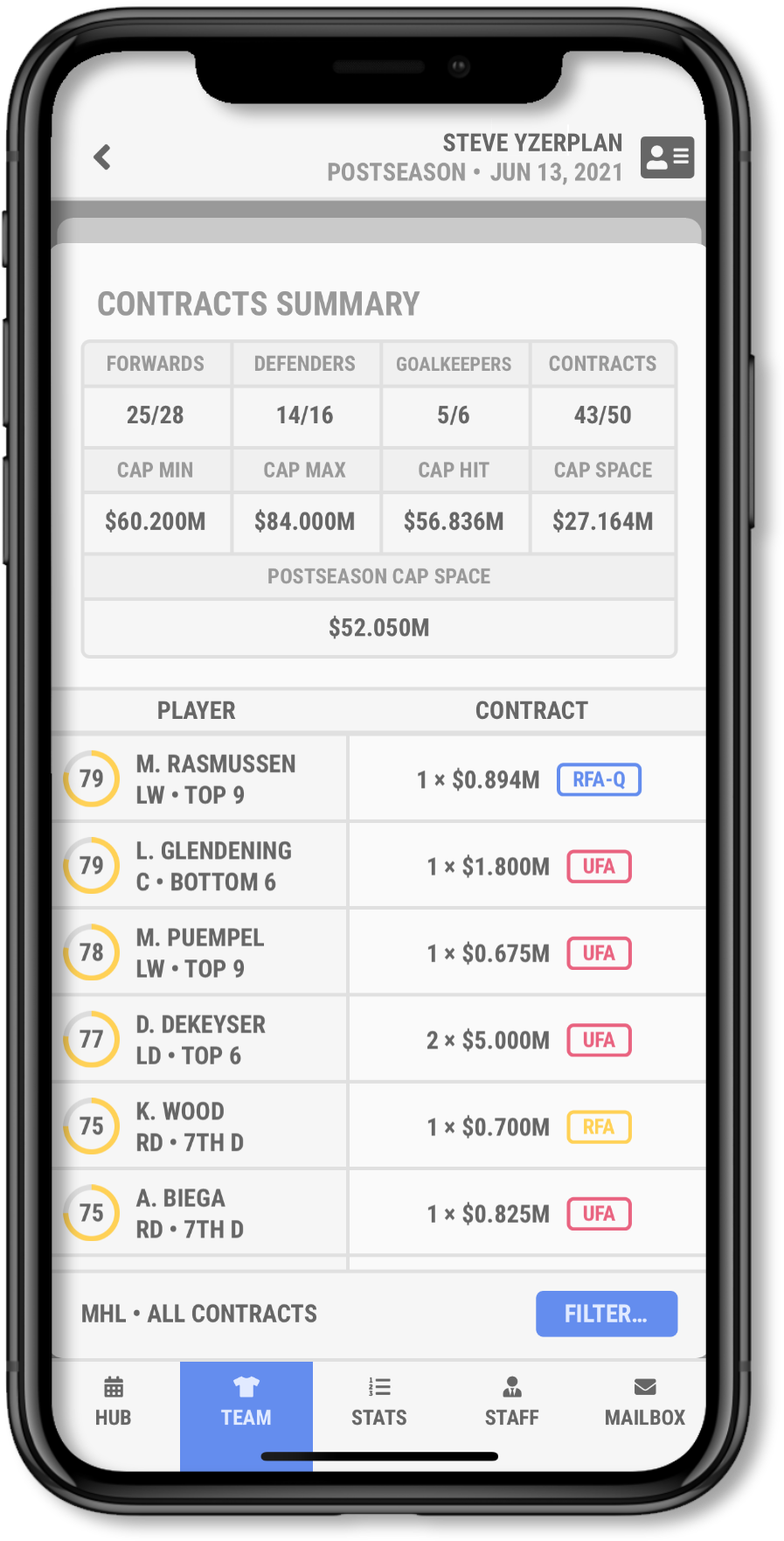